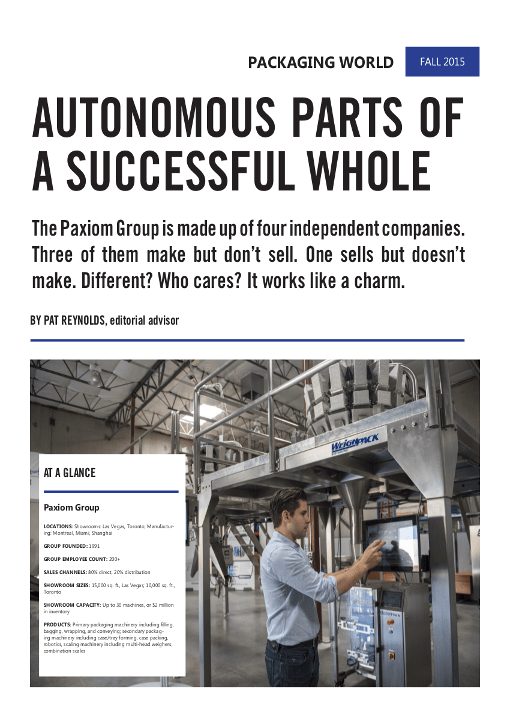 The Paxiom Group is made up of four independent companies. Three of them make but don’t sell. One sells but doesn’t make. Different? Who cares? It works like a charm.

When Louis Taraborelli founded WeighPack Systems in 1991, it’s unlikely he could have predicted that the Montreal-based firm would one day be part of a four-pronged packaging machinery entity with an unusual way of going to market. But that is indeed that WeighPack Systems – along with sister companies CombiScale, Eagle Packaging, and Paxiom – has evolved into.

Each independently operated company brings something different to the table. WeighPack manufactures primary packaging machinery, including filling, bagging, wrapping, and conveying solutions. Miami-based Eagle Packaging, acquired by WeighPack in 2008, is a maker of secondary packaging solutions; case/tray forming, case packing, and robotics. And then there’s CombiScale, launched in 2006, which builds multi-head weighers and combination scales in both Montreal and Shanghai.