The story of Herbaland Naturals, Inc. in Richmond, B.C., is one of love, hard work and perseverance. 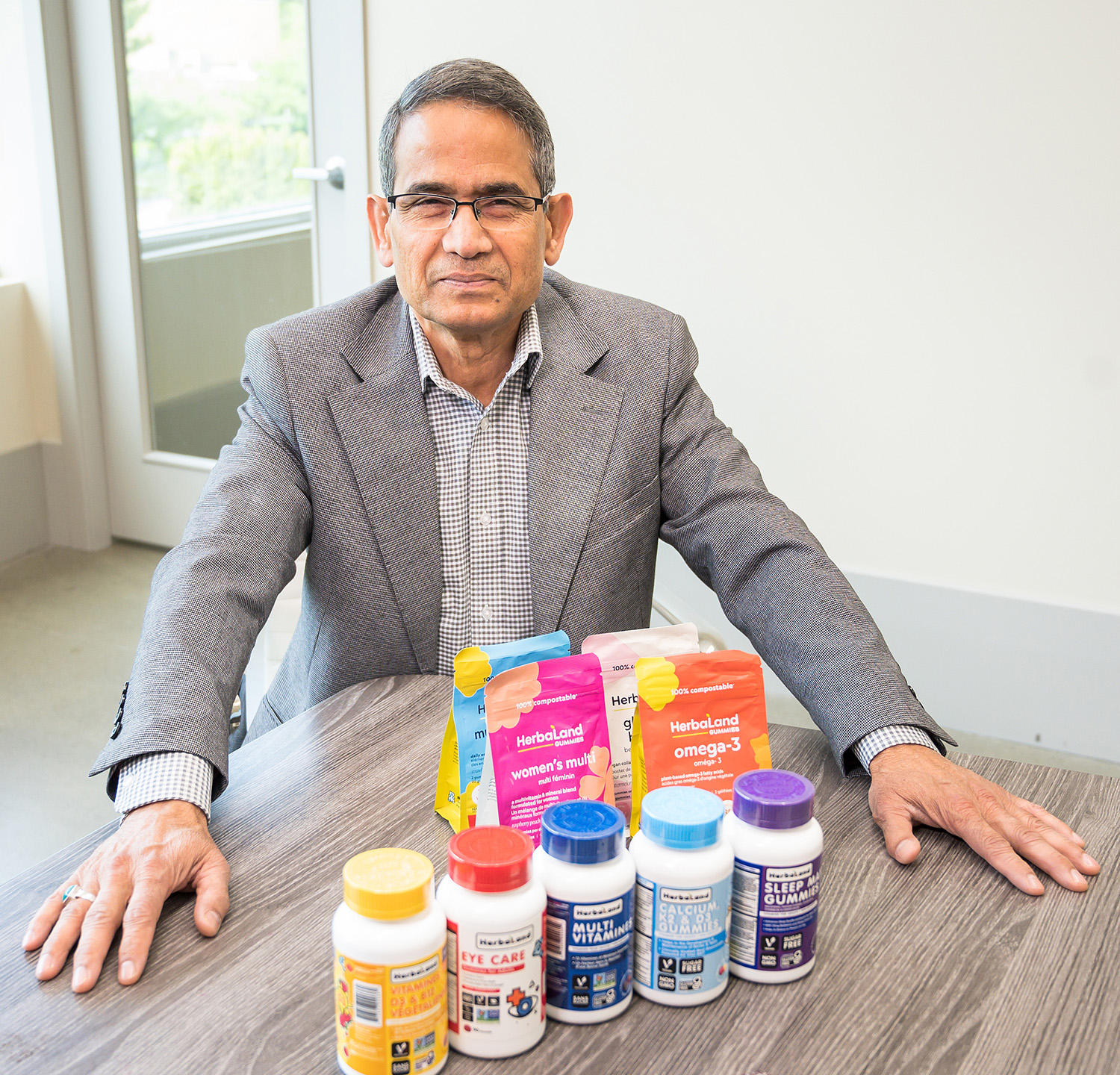 The company was founded in 2009 at the kitchen table of the husband-and-wife duo of Musharaf Syed (president and chief operating officer) and Aisha Yang (CEO). “We were both immigrants to Canada 20-plus years ago, who wanted to give our families a better life.

“When our third child was born, we had a chance to start our business during my maternity leave,” Yang recalls.

The couple decided to partner Syed’s engineering expertise and experience in the health-and-wellness industry with Yang’s sales and marketing experience and start up Herbaland Naturals.

“In the beginning we tried many different things like capsules and tablets for health and wellness, and we found that gummy vitamins had the best return in sales,” Yang says. “So, we decided to focus on doing the gummies.” When the company was originally founded, its gummy products were being changed in 2013.

“In 2013, because of a supply chain issue, our supplier did not continue supplying gummies to us,” Yang relates.

“So then we decided to buy our own machine and start manufacturing gummies ourselves. Since then, our company has grown really fast.”

Fast-forward to present day, with Herbaland Naturals now employing more than 250 staff and four manufacturing locations totaling 160,000 square feet in size. Exporting its products to more than 40 countries around the world, the company produces approximately 70 million bottles a year of gummy vitamins per year.

“We are the largest nutritional gummy manufacturer in Canada. [and] we rank in the Top Three in North America,” yang says. “We’re also expanding that by end of 2024.

“We will double our capacity to add an additional 150,000 square feet manufacturing site,” she says, “which is a done deal.

To date, the company has more than 280 NPN (natural product license numbers) issued by Health Canada, allowing it ti sell its product anywhere in the country.

“In Canada, we’re in 2,500 locations. For the global market, we also have pretty good market share.” 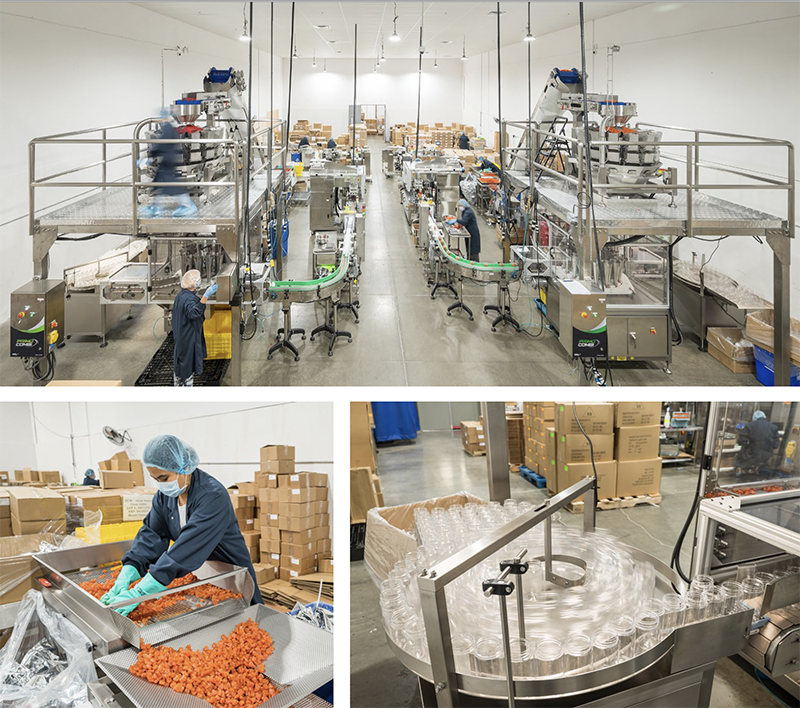 Back when Herbaland Naturals decided to start producing the gummy vitamins, Syed spent a great deal of time researching the various types of packaging equipment available.

While there are many options available for packaging tablets and capsules, gummy vitamins are a more challenging product to package due to their sticky composition. Syed traveled to various trade shows in the U.S. and overseas as part of his research into finding the right equipment for his operation.

“I was looking for a packaging machine going to different shows in Chicago, Las Vegas, Korea, Taiwan.

“Then finally, I stopped by WeighPack in Las Vegas and I talked to them,” he recalls.

Luis Pilonieta, sales manager with the Paxiom Group, sister company and sales/services provider of WeighPack Systems Inc., recalls the first time he dropped by Herbaland Naturals to speak with Syed about his packaging options in 2015.

“We met him in one of his first buildings, a very small office, and it was for his first machine back when he was considering expanding,” Pilonieta recalls.

“At the beginning, like for any business owner, selecting the first machine is scary, especially when you’re putting out over $300,000 on a piece of equipment.

“He got a business loan with Business Development Canada, which was a big investment for them as well.

“And right now, almost 10 years later, we’ve been with him and growing with him at the same time.

“His business was probably around $700,000 a year in sales back then,” Pilonieta says, “whereas now he’s looking at $70 million a year.

That first machine purchased by Syed was a combination of WeighPack’s PrimoCombi multihead weighing machine with the SpinDexer rotary container filling, conveying and indexing system.

Syed says he was very impressed with the equipment’s performance.

“They’re really very good at making a gummy packaging line,” Syed says. “Gummies can get very sticky. Their composition makes the packaging process difficult sometimes, especially when we are counting and weighing the product.

“Their weighscales are very good,” Syed points out.

“They have a special technique for separating the gummies using different vibrations, which has been a very effective solution for us.”

As Herbaland Naturals’ business grew, they continued to invest in WeighPack PrimoCombi and SpinDexer machines— installing them at each of its four facilities.

And as Herbaland Naturals has evolved, so have the technologies within WeighPack’s equipment.

“We bought the last two machines this past year. They are different: much more improved with a lot of things.

“They’ve become more computerized, they have a camera, a metal detector, and a new type of screening,” Syed says.

Adds Pilonieta: “The SpinDexer is a very unique machine because gummies are a very challenging product. Not all gummies are made the same way.

“For Musharaf, he has a wide variety of gummies to process: some are sugar-coated, some are oily, some are really sticky. “

The challenge for gummies is to rely on a piece of equipment that is going to give them accuracy and reliability when packing them into the bottles.

” One of the other challenges related to packing gummy vitamins is the shape of the bottles. 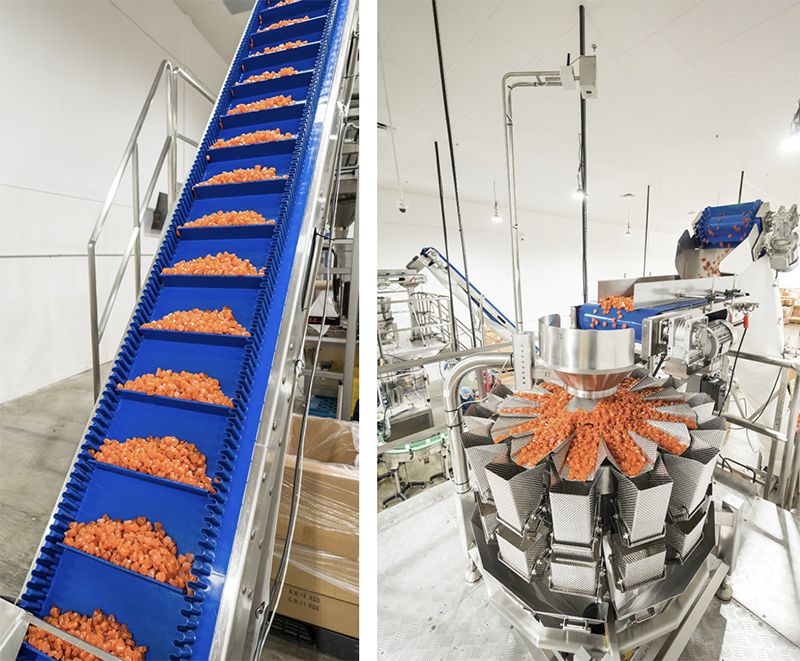 “Most of the vitamin gummies in nutraceutical that you buy in a Shoppers Drugs Mart, or any other stores like that, they have a big fat bottle with a very tiny neck,” Pilonieta says.

“So, when you have all those gummies going through a very tiny neck it’s challenging because they get clogged, not only when handling the gummy right from the beginning but from conveying to weighing to dispensing.

“To get all those counts of gummies into the bottles becomes even more challenging,” Pilonieta says.

The installation and commissioning of the last two machines went fairly smooth, but Pilonieta admits there was a learning curve at the beginning of his company’s relationship with Herbaland.

“When it‘s the first time that you’re implementing something, you are learning,” he says. “It was no different with the packaging requirements and technology that they’re in.

“For the first one, the learning curve was a little bit longer, but we got the hang of it,” he continues.

“The second one was faster. For thee third and fourth ones, we had changed the technologies on the multihead weighers, so it was a little bit of a new software learning process that they had to do,” Pilonieta relates. “But they were really quick to absorb that and are loving the new version of the software.”

“We learned from their technical people and now we have three people to fix and repair things,” he says. “For everything minor, we solve things ourselves. For anything major, we call them.”

“It is crucial to

keep the gummies separated from each other, so we can have an accurate count,” notes Pilonieta.

“The operator places them into a mesh and makes sure there are no clumps, and the machine will then automatically vibrate product right onto the conveyor system, so it can be later weighed and dispensed into the bottles,” Pilonieta explains.

After the machine vibrates the gummies onto the conveyor, they move into the fill station.

As the product makes its way to the scale, the WeighPack PrimoCombi multihead weighing machine will automatically weigh and dispense the programmed product count into the bottles.

“Our systems are all equipped with a webcam system,” Pilonieta points out. “It allows us to take a look and see what’s happening in the top portion of the production process, enabling the machine operator downstairs to see what’s happening with the product in real time. We also offer free online support via this camera system.”

Once the product is weighed and dispensed, the products move to the SpinDexer rotary container conveying indexing system, which will take an empty bottle and index it to the fill station, where the gummies will be dispensed.

“The challenge for gummy manufacturers is to fill the batch of gummies into such a small bottle opening, and that’s why the SpinDexer has a great technology to do that,” Pilonieta says.

It starts with the operator putting empty bottles into the rotating unscrambling table where it will spin the bottles and feed them into the machine. 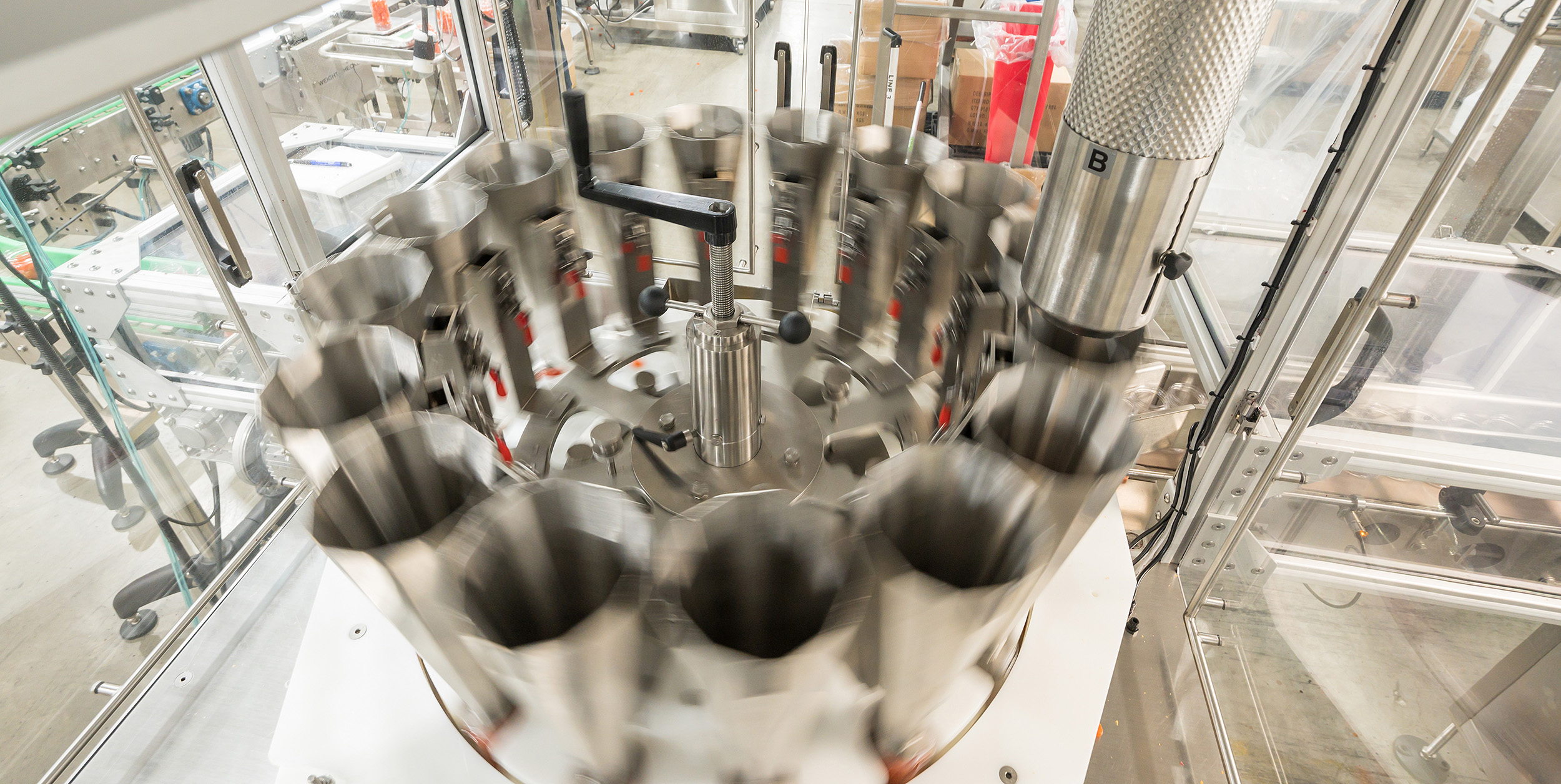 After the PrimoCombi has accurately weighed and dispensed the product, it falls down a funnel to get into the bottle.

“The machine, as it is indexed, will vibrate multiple times until it finalizes with all the gummies inside of the bottle and goes to the next stage of the packaging process,” Pilonieta says.

In addition to growing competition in the marketplace for vitamin gummies, supply chain issues, labor shortages and unforeseen inflation have made things challenging for companies, including Herbaland Naturals.

Yang says these issues have made forecasting ahead difficult.

“Right now we are producing gummies, so we need to source the raw materials and make sure there will be good orders to keep our production costs of expense stable,” she says. “But that’s not just an issue for Herbaland: everyone in the industry is having a similar type of challenge.”

Despite that, Herbaland remains committed to continuing its growth strategy.

“As a leader in a company, I think we need to empower people by how much we believe in our goal and going through it together,” she says. “For me and for Musharaf, we have strongly believed since Day One that we can be the industry leader not only in Canada, but also in the global market.”