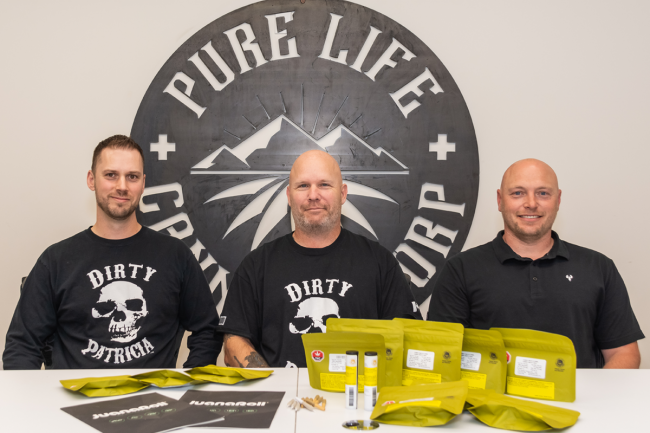 Never in a million years did Corporal Dave Moriarity and Sergeant Keith Prodonick expect to be owners of Pure Life Cannabis.

Both of these courageous men had spent most of their careers in the Canadian military protecting Canada from other hostile nations and terrorists.

Prodonick served from 1990 until 2011 while Moriarity fought for his country between 2001 and 2007. Both battled terrorists in Kandahar when the U.S. and Canada went into Afghanistan with the intent of capturing Osama Bin Laden and destroying Al-Qaeda.

In 1994 Prodonick accepted a second tour of duty in Afghanistan, and was later stationed in Bosnia and Kosovo.

So how did two career army men end up owning a cannabis LP (licensed producer) company?

Moriarity happily shares the remarkable story: “There were three of us having a poker game in my basement, including myself, Keith and our friend Jonathon Renkema.

“Jonathon started talking about how his kid had an autoimmune disease and that they’d tried all kinds of prescription medications to help him,” he recalls. “Nothing was working until they tried CBD oils.”

At the time, Keith and David were very aware that many veterans were using cannabis to ease the anxiety caused from seeing unforgettable images of battlefield horrors and devastation.

As Moriarity asserts, “I think anyone that has experienced a war zone comes home with some form of trauma, whether it be visible or non-visible.

“Our goal is to help provide relief where possible for both forms of trauma,” Prodonick interjects. “Before recreational legalization we were only looking at selling medical cannabis.”

Today, Moriarity serves as the director and chief financial officer of the Chipman, Alta.-based Pure Life Cannabis, while Prodonick serves as the operations manager and Renkema is the company’s chief technology officer.

Headed by three co-owners that include Moriarity, Prodonick the company’s program manager David Dhima, the company is competing in the burgeoning recreational cannabis market by using custom cultivation methods to produce high-quality craft cannabis on a commercial scale.

With their marketing slogan of, ‘Cultivating Happiness – Veteran Owned,’ the company has to rely on various unorthodox marketing tools to promote its brands, much like all other Canadian LP producers that have essentially been banned from traditional advertising by the federal government.

So in addition to populating its website with useful product information and the company’s vision of a better life for Canadian veterans, Pure Life conducts a regular series of so-called ‘Product Knowledge Sessions,’ whereby they send their sales team to cannabis stores and provide information on their strains and formats.

As Moriarity points out, Pure Life optimizes every opportunity they can to stand out from the competition.

“We’re a veteran-owned and operated company that has invested in leading-edge programming and automation technologies,” he states.

“This controls every aspect of our environment and packaging process,” he says, “so that our staff can remain focused on the plants to ensure that our end product is always premium craft quality.”

In Moriarity’s opinion, “We are near the top of the pecking order, not necessarily in size but definitely in sustainability.”

Currently, Pure Life is licensed to sell recreational cannabis in B.C., Alberta, Saskatchewan and Ontario through local legal dispensaries, while online it is permitted sell medical cannabis for to individuals with prescriptions across the country.

The recreational cannabis is shipped to the drop-off centres in each province, which are controlled and regulated by the various provincial governments.

Currently, Pure Life regularly ships 800 kilograms of product daily to the Alberta Game and Liquor Commission, the British Columbia Liquor Board, the Ontario Cannabis Store and the Saskatchewan Liquor and Game Authority.

The company offers a different amount of SKUs (stock-keeping units) depending on the province: 12 SKUs in Alberta, three in B.C. and Ontario, and 16 in Saskatchewan.

While the flagship Pure Life label is the company’s main brand, it also markets a range of popular stains that include Cherry Death, Frozen Lemon Jack and Orange Jet Fuel.

As Moriarity confides, “We currently have six strains in rotation with 93 additional strains in-house, with an annual capacity of approximately 3,000 kilograms per year.” 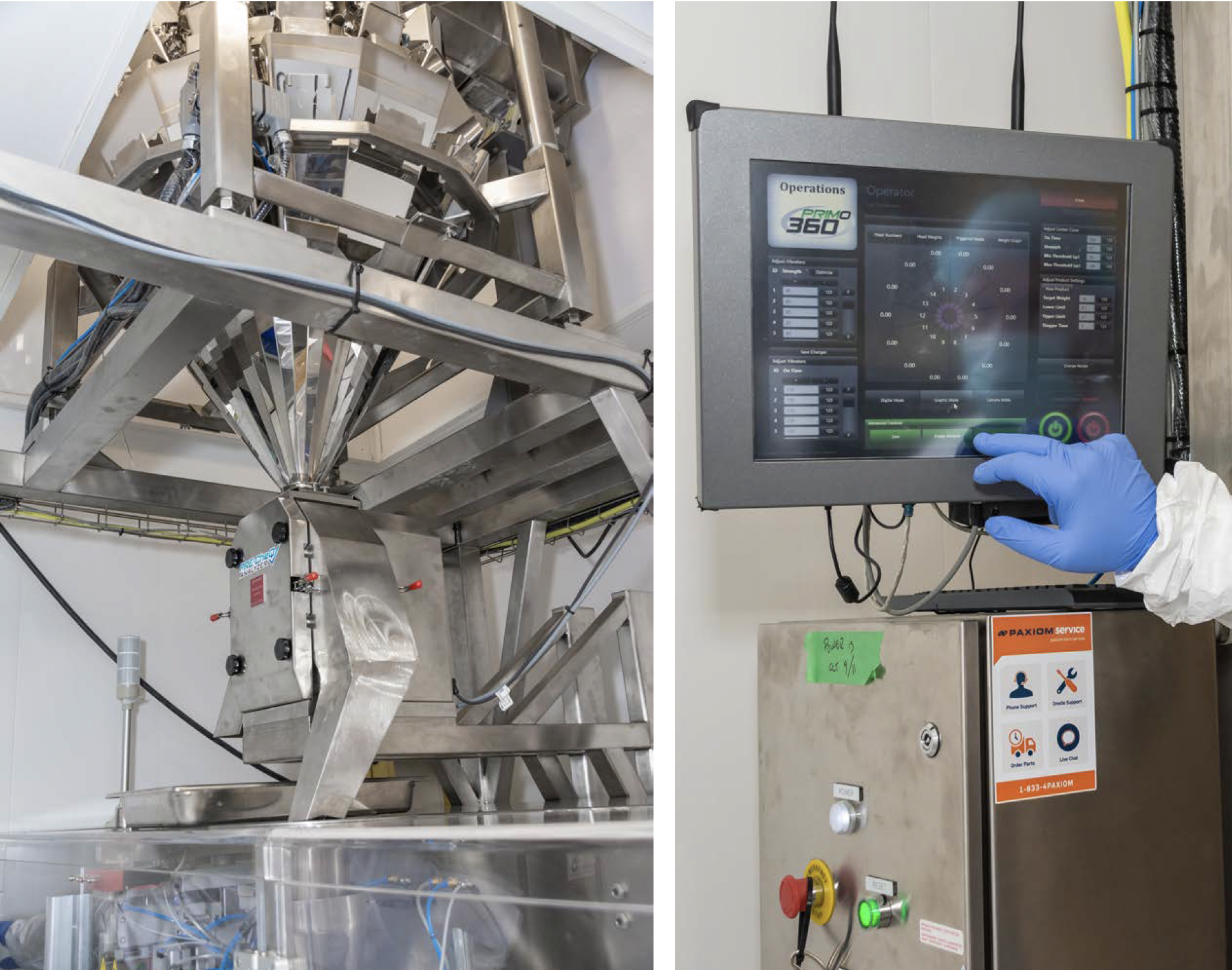 Pure Life’s retail formats include one, 3.5, seven and 14 grams of flower per mylar pouch; along and three-, four and five-packs of 0.5-gram pre-rolled joints per tube, all sold to a very mixed bag of customers.

As Moriarity points out, “The stigma that only potheads use cannabis is no longer accurate today.

“There are many people who are moving away from alcohol and towards cannabis for social use for all kinds of health and other reasons,” he asserts.

The company’s partners began their joint journey in 2018 by vetting different buildings to look for the perfect facility—eventually securing 80 acres of land in Lamont Country.

As Moriarity recounts, “We first broke ground on the 28,000-square-foot facility located about miles outside of Edmonton.”

The facility is designed to meet EU GMP (Good Manufacturing Practice) standards along with all the pertinent Health Canada regulations, according to Prodonick.

“We have hybrid greenhouses which encompass insulated walls, in floor heating and natural light through the defused poly-carbonate panels in the ceiling,” he says.

As Prodonick explains, the entire growing operation is fully automated with environmental controls, and the facility uses a mixture indoor and outdoor lighting by way of natural sunlight and high-pressure sodium lights.

“Environmental controls and processing are all fully automated,” he says. “ We have four rooms that each comprise 4,000 square feet of flowering bays.

“Each typically grow approximately 600 plants per 4,000 square feet of canopy.” 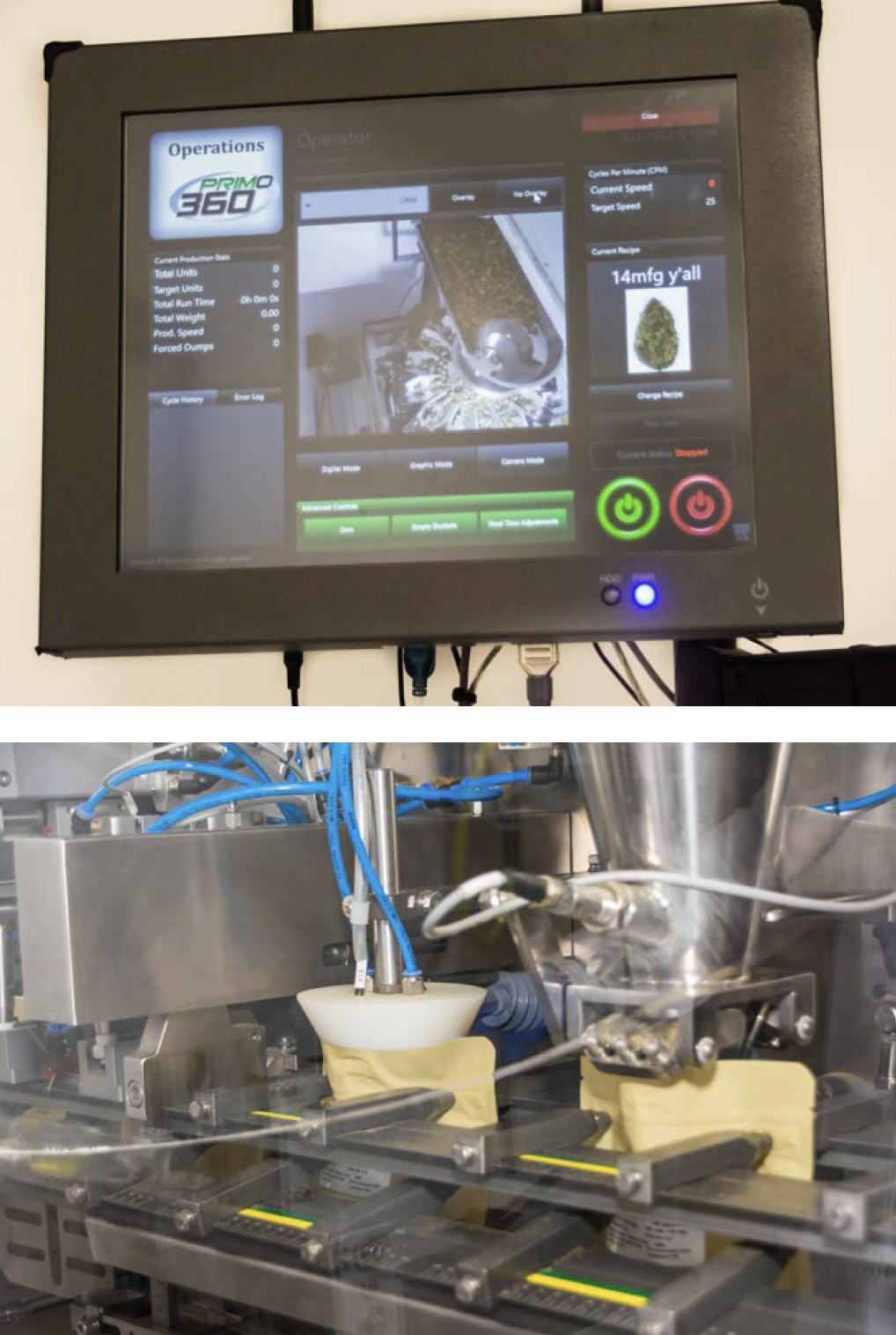 After Pure Life Cannabis received their Recreational License, the team was aware that operating the business without machines was no longer an option since they would be required to increase production substantially.

Moriarity explains how the company moved from its medical marijuana roots to the larger recreational demand.

“We vetted all of the machinery suppliers and settled on WeighPack Systems’ equipment from the Paxiom Group, Moriarity recalls. “The fact that they had already had cannabis production lines in operation, was a huge bill of confidence for us.”

In mid-2022, WeighPack Systems supplied Pure Life Cannabis with a turnkey packaging solution which included the Swifty Bagger 3600 pouch-filling machine, complete with an automatic WeightCheQ Pre-Check Analyzer, that completely automated the previously time-consuming process of filling premade pouches manually by hand—providing output rates of up to 1,800 pouches of dry cannabis per hour.

After installing the WeighPack JuanaRoll pre-roll packaging machine, the plant can now easily produce 20,000 to 30,000 pre-rolls per day.

Both machines are programmed to store all production records to record every roll and bag for Health Canada, Pure Life now houses two efficient production lines incorporating the Swifty Bagger 3600 is used on the first line for pouching dry flower; and the eight-channel, JuanaRoll machine for pre-roll production.

“From start to finish, the process is a turnkey farm-to-table operation,” Prodonick states.

Initially, the flower is hand trimmed then sorted before being released into the packaging line.

Afterwards the flower is processed through the equipment where it is weighed and re-weighed in order to verify it falls within Pure Life’s level of tolerances.

Any product which falls outside of the spec is redirected to the hopper, while the product that meets the criteria are inserted into mylar pouches and sealed. 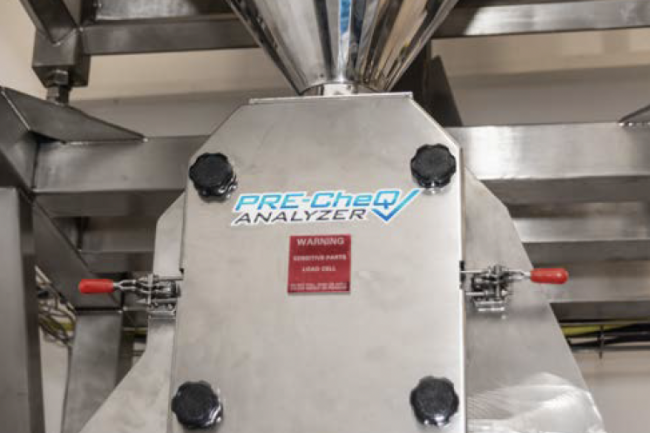 hen weighed to ensure it is within spec before being approved for final packaging.

Perhaps the machine that is most critical in terms of the automation for Pure Life is the Swifty Bagger, which is truly an engineering marvel.

Engineered for medium to high production rates the sturdy, camera-driven, automatic bagging machines are built sturdy and can endure the high volumes and intense workloads to handle growing production demands.

The Swifty Bagger comprises an easy-access bag magazine for convenient pouch loading, an automated zipper opening device, a bag shaker at the fill station for product leveling, and a combined exit conveyor.

The JuanaRoll includes a user-friendly HMI (human-machine interface) terminal for limitless recipe set-up and precise control over compaction and twisting. Real-time production reporting can be seen with the touch of a button, while all key data is easily exported to a USB or via email.

So far, Prodonick says he is more than satisfied with the JuanaRoll purchased by Pure Life.

“It’s very modifiable and you can update the programming and the parts,” he says. “Our product tends to have a little more powder than others, which can be a little challenging for the machine.

“But thanks to quick and reliable support from Chris Widomski the installation/service technician from Paxiom, we were able to find a good recipe combination.

“The equipment was tweaked and modified to run at its maximum capacity.”

Says Prodonick: “It is often the tech support that will make or break a customer and we’ve had the best support for any machine I’ve ever purchased.”

As a true story of an underdog beating the odds, Pure Life Cannabis offers a compelling example of a company striving to achieve a noble cause by helping fellow veterans to overcome war-time traumas and build a normal life for themselves.

To do so by deploying state-of-the-art automation technologies and staying true to its roots as a high-quality craft cannabis producer, is really all the proof anyone needs that this is one company that is more than prepared than ever to become a major player in the cannabis industry.