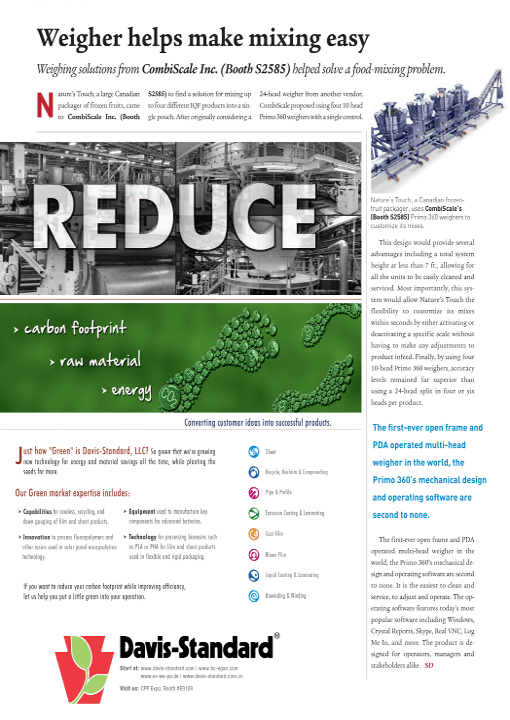 Nature’s Touch, a large Canadian packager of frozen fruits, came to CombiScale Inc. (Booth S2585) to find a solution for mixing up to four different IQF products into a single pouch. After originally considering a 24-head weigher from another vendor, CombiScale proposed using four 10-head Primo 360 weighers with a single control.

This design would provide several advantages including a total system height at less than 7 ft.., allowing for all the units to be easily cleaned and serviced. Most importantly, this system would allow Nature’s Touch the flexibility to customize its mixes within seconds by either activating or deactivating a specific scale without having to make any adjustments to product infeed. Finally, by using four 10-head Primo 360 weighers, accuracy levels remained far superior than using a 24-head split in four or six heads per product.